Born in 1980 and based in Soweto, Mduduzi Twala is a painter and a sculptor.

A self-taught Soweto artist, who was influenced by the impoverished but vibrant community of Soweto, whose work is both reflective of his upbringing and full of colour.

In 2008 he got an opportunity to work and Polish his skill under Velaphi Mzimba. 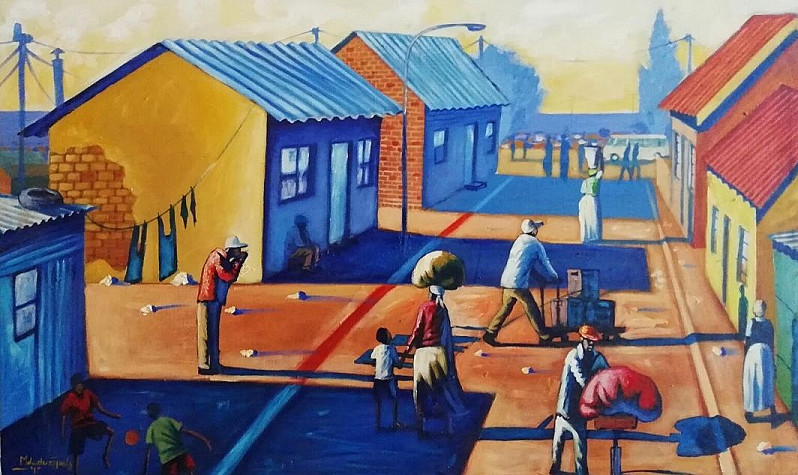