Born 1975, Shakes Tembani lives and works in New Crossroads, Cape Town. He has completed numerous diplomas and certificates in art, and has taken part in various group exhibitions since 1999. As a full-time artist, Shakes received numerous commissions for Mosaic in public spaces such as the Clock Tower building at the V&A Waterfront. He constantly explores various avenues of individual expression in a variety of mediums, primarily painting.

With a strongly stylised manner of painting his subjects, Tembani invites viewers to contemplate the nature of the everyday. His current body of work makes use of photographic references of groups of people in uniform, which he transforms into strongly contrasted figures in seemingly empty landscapes. 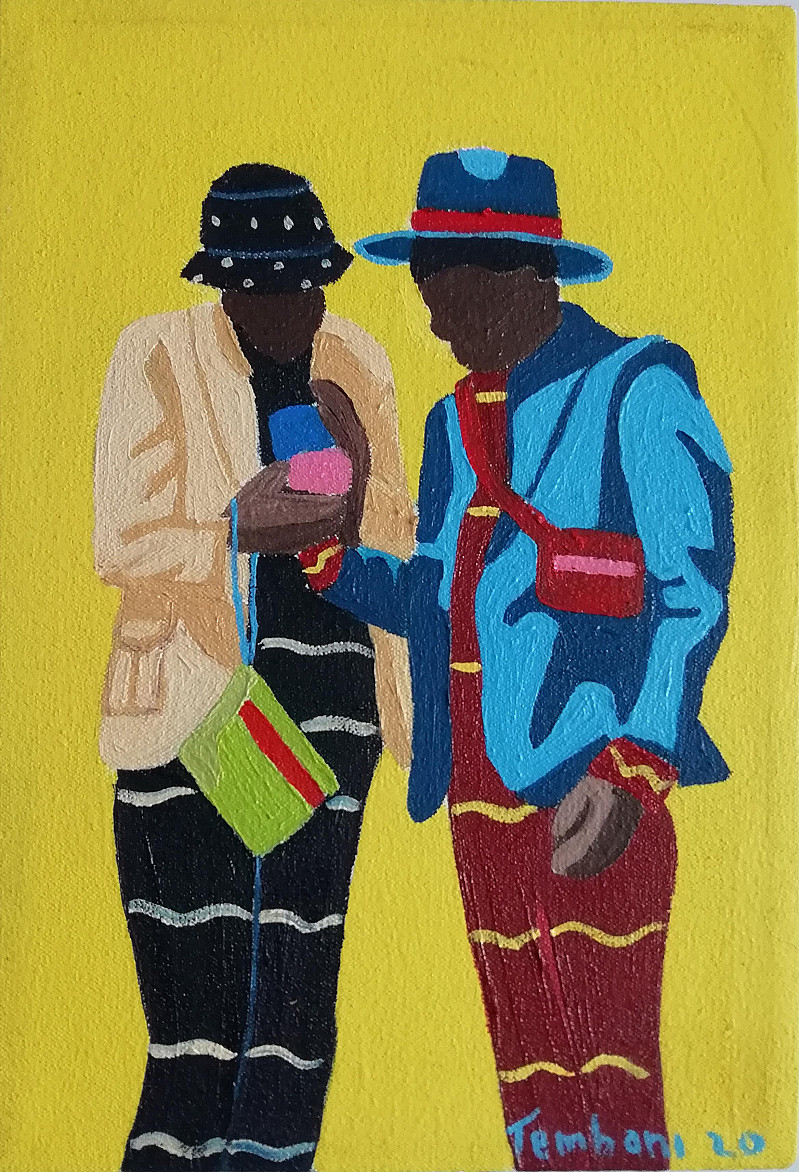 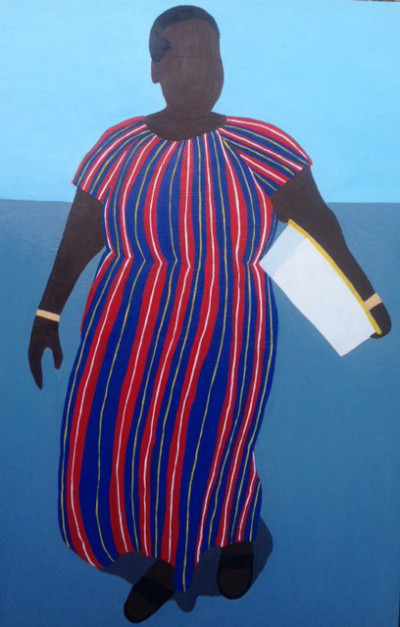 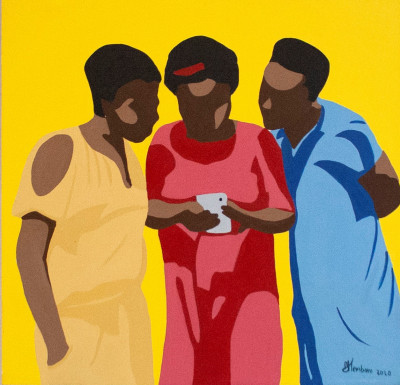 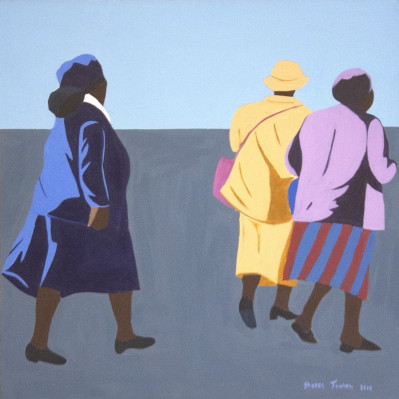 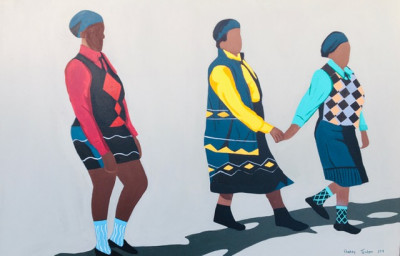 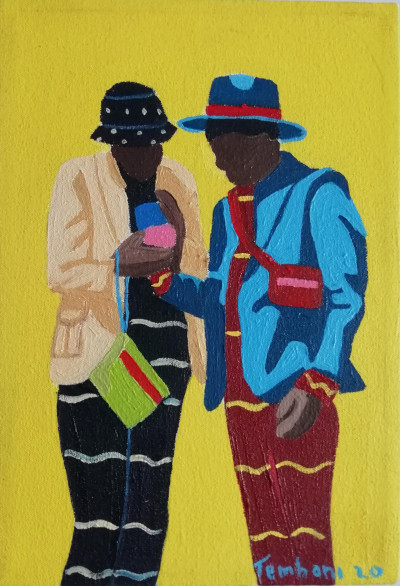 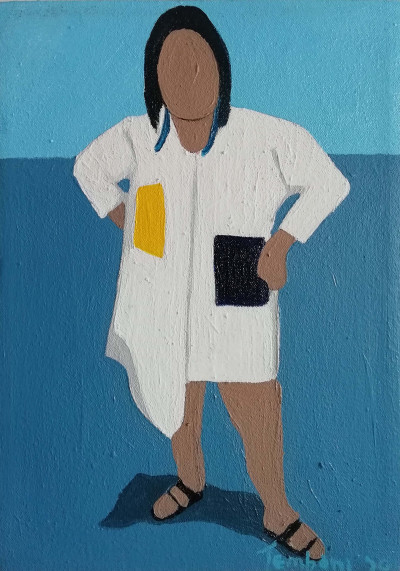 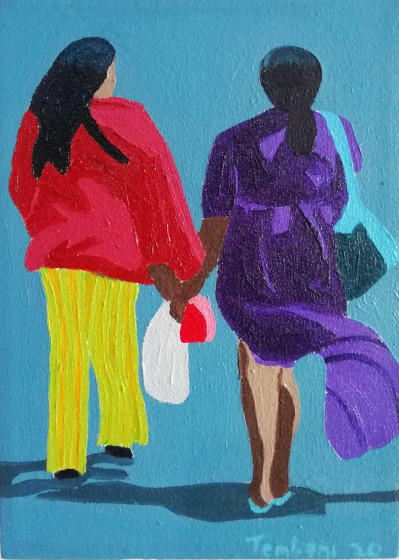